Dramatically set on a limestone ridge at an altitude of around 800m, perfectly positioned for surveying the rugged hills and valleys of the southern Corbières, the ruined fortress of Peyrepertuse was one of the ’Five Sons of Carcassonne’ (the others were Queries, Puilaurens, Termes and Aguilar) which were used for the defence of the Spanish border until it was moved south in 1659 following the Treaty of the Pyrénées which was the settlement of the 1635 to 1659 war between France and Spain.

Archaeological records show that the site of Peyrepertuse was occupied as far back as the 1st Century BC. From around 800AD, records of a castle here, under Spanish ownership, changing hands several times over the following three centuries.

During the Albigensian Crusade its Cathar owner Guillaume de Peyrepertuse was, 1n 1224, excommunicated by the Catholic church. After the loss of the Siege of Carcassonne he did submit, and Peyrepertuse became the property of France in 1240.

From 1242, the castle was extended, with the addition of the Saint Jordi dungeon a little way along the ridge, and the earlier structure was modified.

The 1258 Treaty of Corbel freed Languedoc and Catalonia, and removed ambiguity about the border, placing it just south of Peyrepertuse. Restored as one of a system of fortresses which defended the border with Aragon, and later Spain, it remained in active use until 1659.

Today Peyrepertuse is a ruin but its main structure, well-built to withstand the elements and possible assaults, is intact. It’s accessed from a road which leads out of Duilhac village, and there’s a car park at the foot of the cliff. With plenty of steep steps and big drops, it’s not easily accessible for anyone with limited mobility.

It’s open almost every day of the year, with adult prices 9 euro in July and August, and 6.50 eur for the rest of the year. Check www.chateau-peyrepertuse.com for more specific info, as well as details of special events and much more about the history of the Chateau de Peyrepertuse. 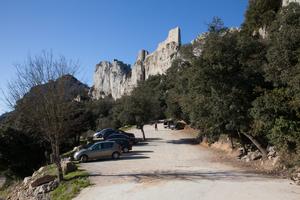 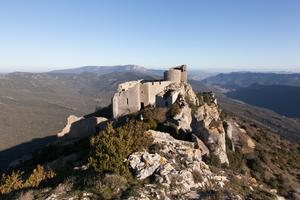 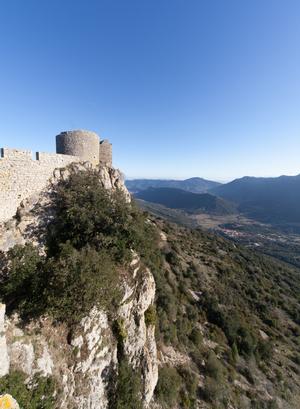 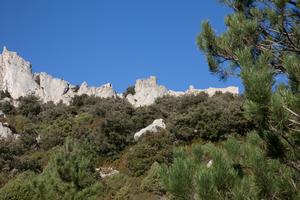 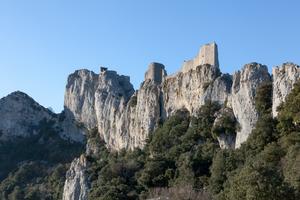 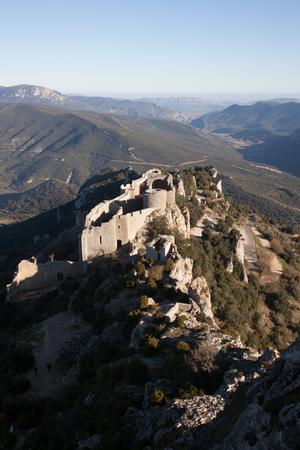 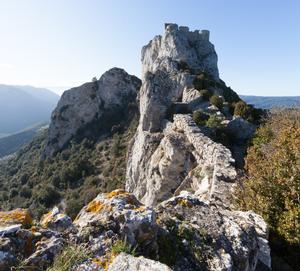 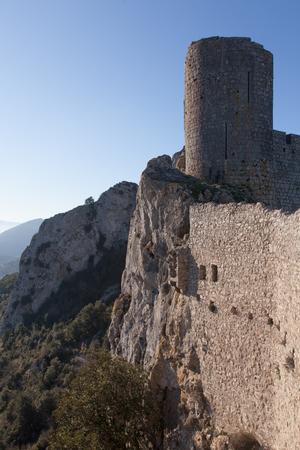 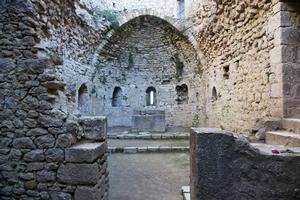 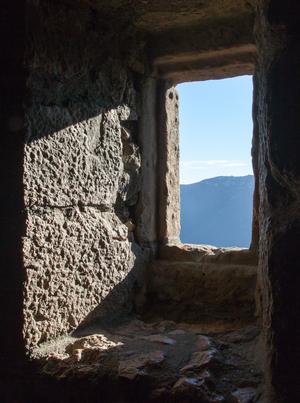 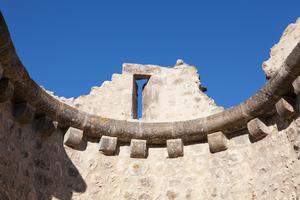 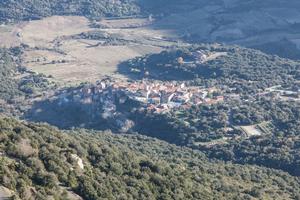 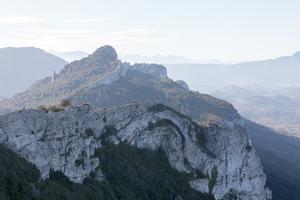 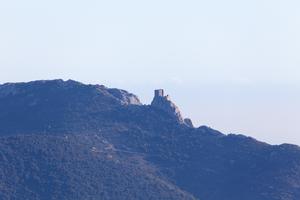